Topology and correlations are two fundamental aspects that determine the electronic ground states of condensed matter systems. Both aspects individually have led to striking observations such as the quantum spin Hall insulating state and superconductivity, respectively. The combination of them can result in exotic phenomena including topological superconductivity and non-abelian anyons. In this talk I will report our recent study on monolayer tungsten ditelluride (WTe2), where we find that topology and correlations are simultaneously important in understanding its ground state properties. In the first part, I will talk about our quantum transport measurements for identifying the undoped monolayer WTe2 as a two-dimensional topological insulator. The observation of the quantum spin Hall effect surviving up to 100 Kelvin will be discussed. In the second part, I will report the observation of superconductivity below 1 Kelvin when the same monolayer is electrostatically doped through boron-nitride dielectric gating. These observations demonstrate that the ground state of the monolayer is remarkably gate-tunable between the two extremes of electronic transport in materials (insulator and superconductor). Our results establish monolayer WTe2 as a new material platform for studying rich electronic phenomena driven by topology and correlations, allowing for the creation of a novel Majorana scheme based on engineering 2D crystals.

Dr. Sanfeng Wu is currently a Pappalardo Fellow in Physics at MIT. He received his undergraduate degree at USTC in 2010 and his Ph.D. in physics at the University of Washington, Seattle in 2016. His research interests focus on observing and engineering quantum phenomena in low-dimensional electronic systems, particularly the atomically thin crystals and the generated atomic hetero-structures. 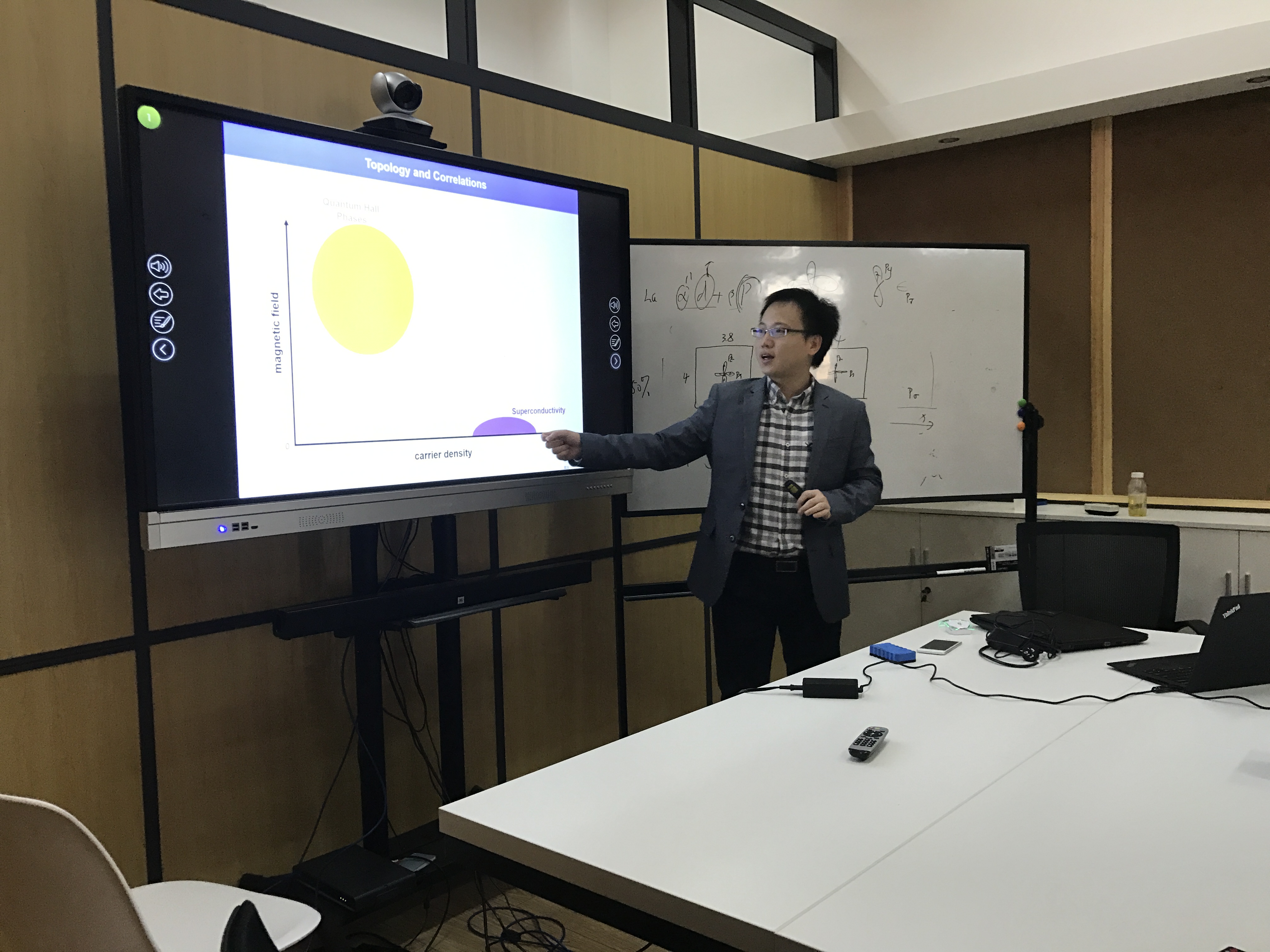