The three-week conference ‘Topological States and Phase Transitions in Strongly Correlated Systems’ was held from Jul. 3rd to 21st on the Kavli Institute for Theoretical Sciences (KITS), UCAS Zhong-Guan-Cun Campus. 49 invited speakers (13 from China) gave hour long speeches on focus topics such as symmetry protected topological phases and quantum spin liquids. Over 150 attendees registered for the Conference. The Conference was jointly hosted by KITS, the Institute of Physics (IoP), CAS and the International Center for Quantum Materials at Peking University. Prof. Fuchun Zhang, director of KITS, gave an welcoming speech at the opening of the Conference. 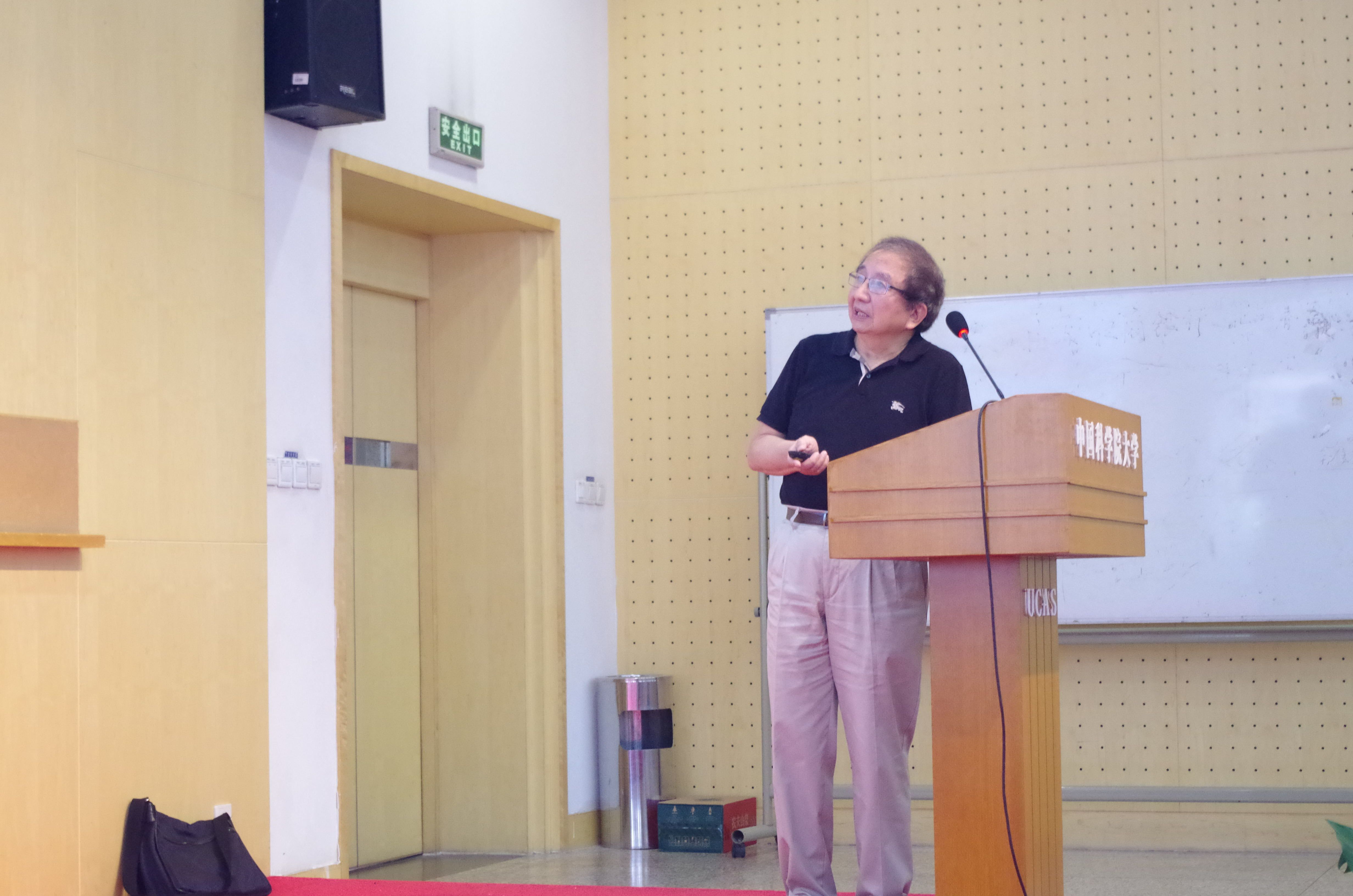 This Conference was the first extended program hosted by the reformulated KITS. Unlike academic meetings with busy schedules, on each day there were scheduled only three talks, leaving sufficient time for questions and thorough discussion. The free chats among participants were further encouraged by giving each invited attendee an on-campus office space provided by IoP and KITS. During the three weeks, the visitors were seen discussing with local scientists or students at all places: the meeting rooms, hallways, visitors’ offices and nearby coffee rooms.

The discovery of new topological states of matter (topological insulators for example) is considered one of the most remarkable achievements in physics in the new century. Topological physics in strongly correlated systems is a frontier research topic in this fast developing field. So rich and challenging, this topic has proved most attractive to young talents all over the world.

One focus topic was the topological classification of strongly correlated systems. This is the generalization of the famous tenfold classification of non-interacting fermions in all dimensions to interacting bosons and fermions. Among the speakers are several founders and pioneering experts of this field, including Dr. Lukasz Fidkowski (Stony Brook University), Dr. Shinsei Ryu (the University of Chicago), Dr. Xie Chen (California Institute of Technology), Dr. Meng Cheng (Yale University) and Dr. Akira Furusaki (RIKEN, Japan). 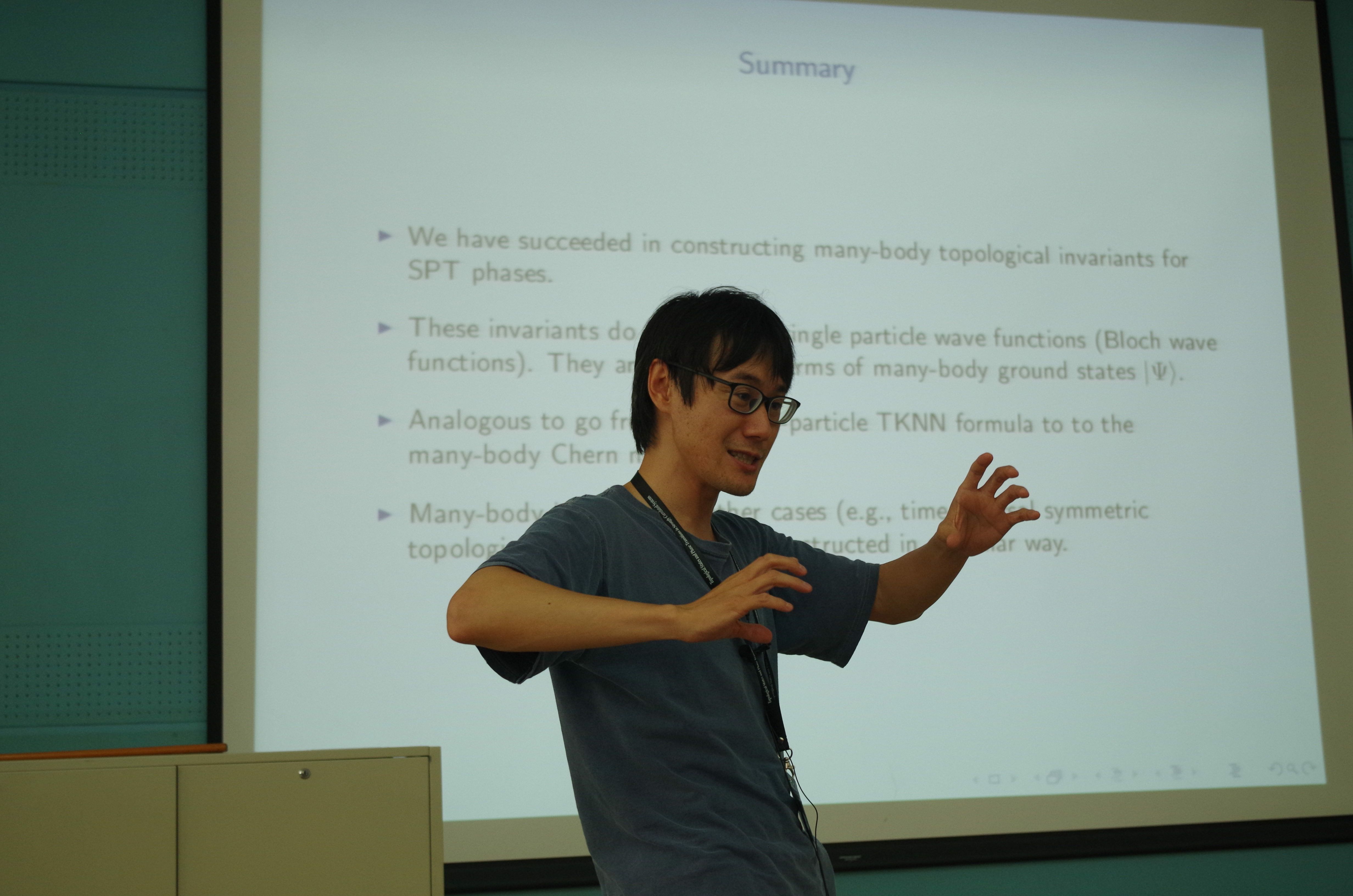 Dr. Shinsei Ryu at the conference 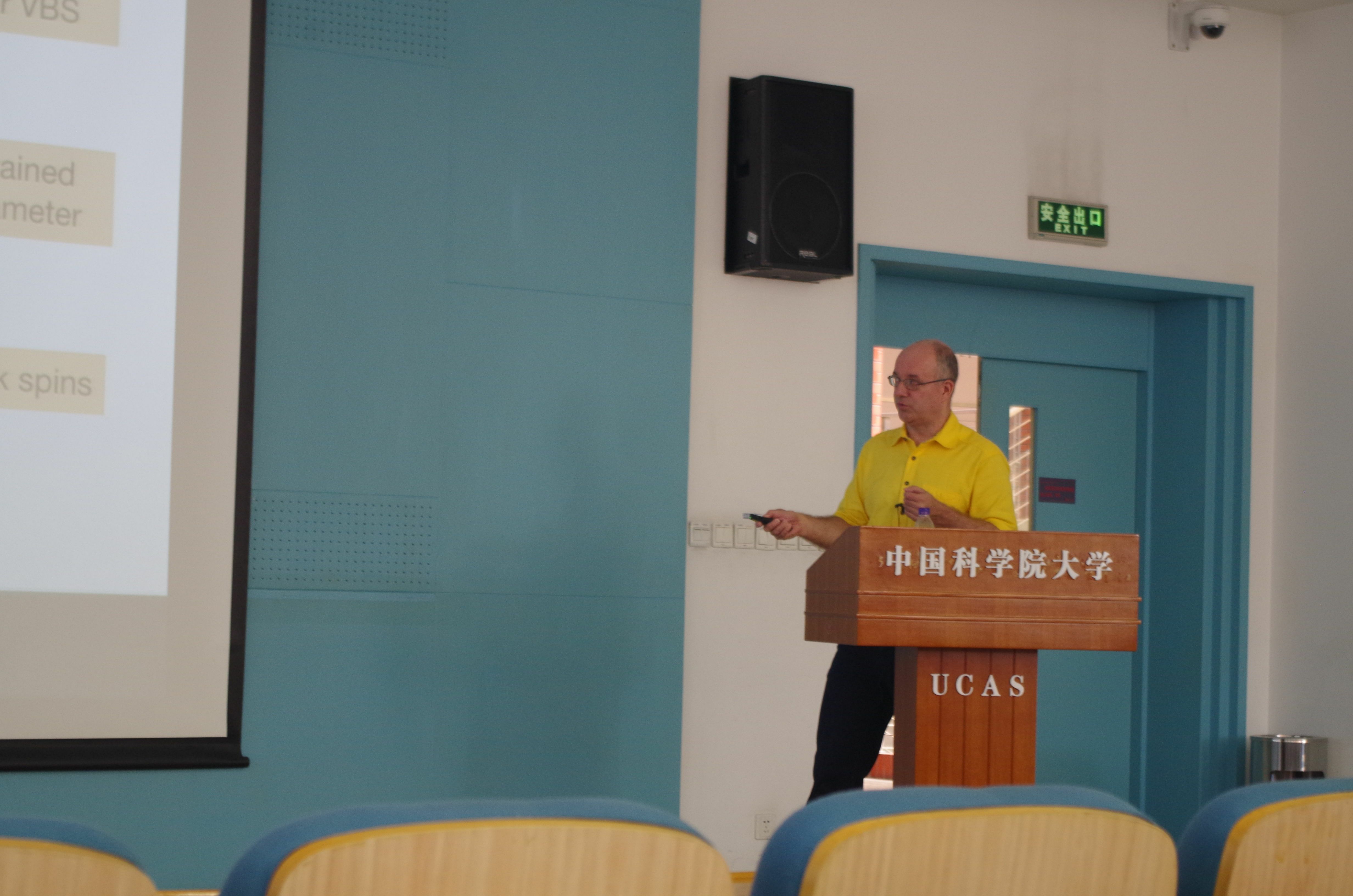 The search for new topological orders, such as quantum spin liquids and quantum spin ice, had been a mainstream topic in condensed matter physics after the publication of an important paper by Nobel Laureate Dr. Anderson in 1988. During the last year, Chinese scientists renewed the excitement by experimental works on new candidate materials of quantum spin liquid. At the Conference, Dr. Kazushi Kanoda (the University of Tokyo), Dr. Takashi Imai and Dr. Bruce Gaulin (McMaster University), Dr. Haidong Zhou (the University of Tennessee), Dr. Tao Xiang (Institute of Physics, CAS), Dr. Nic Shannon (Okinawa Institute of Science and Technology), Dr. Shiyan Li (Fudan University), Dr. Qingming Zhang and Weiqiang Yu (Renmin University) shared with the audience the exciting recent progress, theoretical and experimental, closing in on the final discovery of a new state of quantum matter. 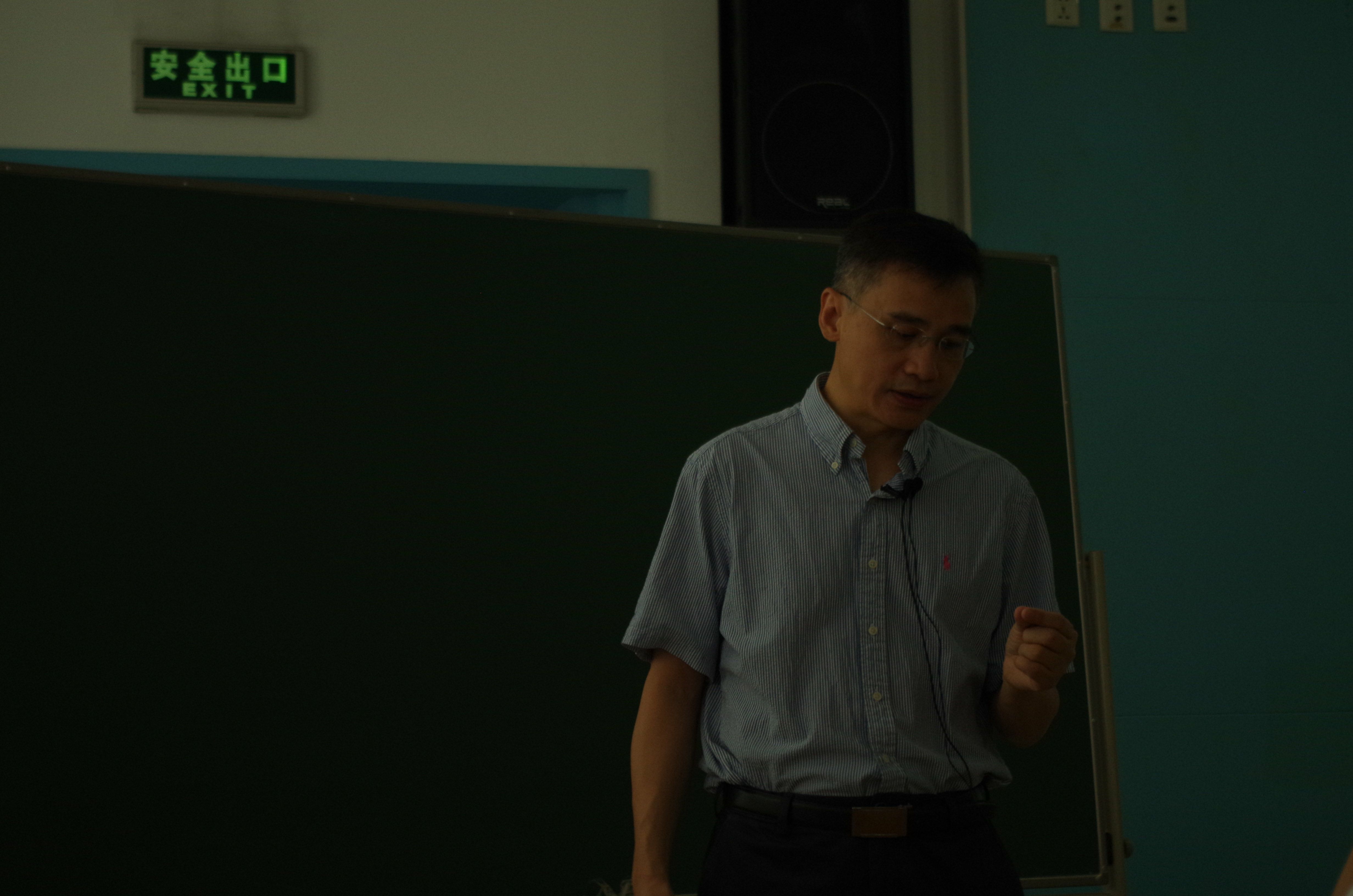 Prof. Tao Xiang at the conference

Many of the international participants expressed their gratitude for being invited to the Conference, which not only gave them a chance to share the work with top experts during the talks, but also incited long and in-depth discussions with local scientists. The Conference has proved a venue for both exchanging and brewing new ideas.